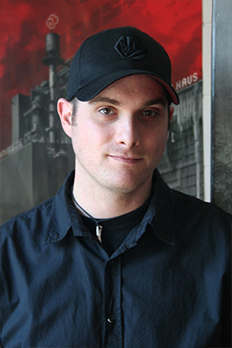 James has worked in the Australian film and television industry as a Designer and Art Director since graduating from The Australian Film Television & Radio School (AFTRS) in 2005 with a Master of Arts in Production Design. Previously, he worked in theatre in the UK, Europe and Australia. James has designed many award winning short films which have met with great success worldwide, these include: Splintered – Winner Best Film at Slamdance 2004, Danya – Winner Best Film at Jackson Hole International Film Festival 2004 and Australian Summer – Winner of Best Film Tropfest 2005. He has also taught at Australia’s leading theatre and film schools, NIDA and AFTRS. Shift is the first short film James has directed.

Jess has over ten years experience as a producer that spans five sectors of the film and television industry; Drama, Documentary, Television Series and TVC production, the latter from both an agency and production company standpoint. Since studying producing (Drama) at the Australian Film, Television and Radio School (AFTRS) in 2005 Jess has worked for some of the key production companies in Sydney Australia. She is currently finishing her fifth season as series producer on the Channel 9 lifestyle technology show Cybershack. Her short films have travelled the festival circuits worldwide with great success and her documentary When Home Is Where The Hurt Is, on domestic violence, is now distributed to all new police recruits in NSW. The latest short form documentary project Jess has been involved in, the Staple Fiction production Suicide And Me, recently aired on ABC2. Jess is a cofounder of Sydney based production company Staple Fiction. 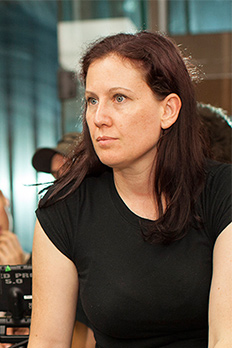 After graduating from Newcastle University with a Bachelor of Arts (Visual Arts) in 1996 where she studied painting, film theory, metalwork, drawing, editing & photography, Velinda worked in the Media Production Unit as well as freelancing as a cameraperson before making the move to Sydney. During the transition from shooting tape to shooting on film, Velinda camera assisted as a loader & focus puller as well as camera operated on TVCs and a feature, often travelling back to Newcastle to teach Video Production at TAFE.

In 2004 Velinda was among 4 cinematographers selected nationally to attend The Australian Film Television & Radio School (AFTRS) graduating with a Masters in Cinematography. In September 2008 Velinda received ACS accreditation from the Australian Cinematographers Society. Velinda has just recently returned from Europe where she completed principal photography on Samantha Rebillet’s feature film The Last Goodbye.

Christopher Mill is a film & television editor with over 15 years experience with a BA from Curtin University and a Grad Dip & Master of Arts in Drama Editing from Australian Film Television & Radio School (AFTRS). Christopher began editing at Editel, one of Perth’s top commercial post-houses. In 2002 he moved to Melbourne and worked at the FoxFooty Channel, editing over 300 episodes of the popular sports show Club Corner.

Christopher was then accepted into Master of Arts (Drama) Editing course at AFTRS. There, he edited award winning shorts Still Life and Passion with a Pedigree. In 2005 Christopher travelled to the UK where he edited the feature film Popcorn, a romantic comedy that premiered in January 2007. He also assisted on two features – Isolation and Unrelated. During this time in the UK, Christopher worked for ITV and edited a documentary for Sony Europe.

Christopher returned to Sydney in 2006 and has since been editing Logie nominated shows such as The Ultimate Donation and Bondi Rescue. In 2009 Christopher edited the festival winning short Boundless. Other recent credits include the first two series of popular docu-drama series ToughNuts: Australia’s Hardest Criminals and MegaTruckers.

Christopher has also been on the Executive Committee of the Australian Screen Editors Guild (ASE) since 2002. 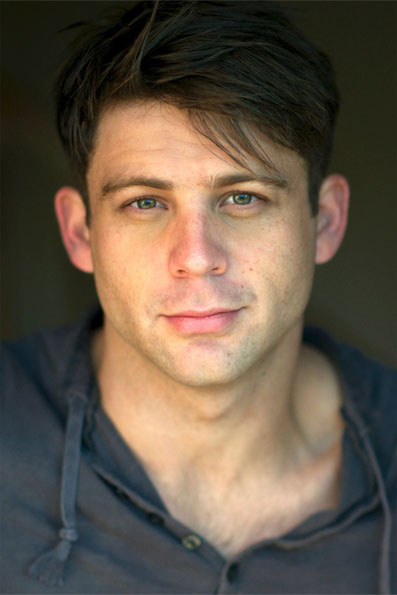 Lindsay Farris is an Australian born actor, author and musician.

In film, Lindsay has appeared in lead roles in the feature films Twists of Fate, Soul T.V. Drama, On the Lurk with Roy and HG, Radio Pirates, Primal, Geography of the Hapless Heart and Bad Behaviour alongside John Jarratt, which had its American premiere at the Cinequest Film Festival and for which he won best actor at the Melbourne Underground Film Festival. Lindsay has most recently completed principal photography on Observance, which he also co-produced.

In television, Lindsay’s credits include Parer’s War, The Code, Rescue Special Ops, My Place, Sea Patrol, All Saints, Marking Time, Blue Water High and The Sleepover Club. Short films include Hamlet, Shift, Chicom, Crosshairs, The Ground Beneath and Splintered which both received much acclaim internationally including a number of best actor awards, best film at the Slamdance Film Festival in 2005 and both films were contenders for the 2006 and 2010 Academy Awards.